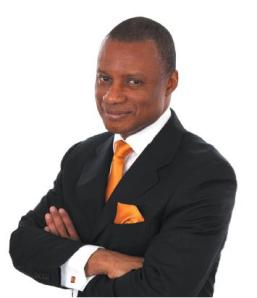 Jonathan was born in London in June 1959 but grew up in Jamaica where he attended Happy Grove School and Wolmer’s Boys School.

He studied physics and chemistry at the University of the West Indies (UWI) before joining Price Waterhouse and completing his ACCA to become a Chartered Accountant. On leaving Price Waterhouse he worked for J Wray & Nephew, the sugar and rum manufacturer, for two years as Group Head of Internal Audit.

He returned to London in 1986, earned an MBA from Cass Business School and worked for a number of banks in the City, including Continental, CIBC and ABN AMRO.

Post ABN AMRO he has been engaged as an audit and business controls consultant for a number of investment banking organisations and has also been developing human asset strategies, the aim of the latter being to improve the economic and competitive sustainability of organisations.

In addition to Clearing The Bull, Jonathan is also the author of The Human Asset Manifesto and A Mannequin for President.

Jonathan has a passion for people, politics, history and culture, loves reggae music, enjoys movies, has a special bond with West Indian cricket and Jamaican athletics, and is a fan of Liverpool FC. He also loves travelling and meeting people from different cultures and perspectives. In that regard he considers meeting Fidel Castro in Havana in 1979 as one of the more interesting events in his life.